How To Make Cinnamon Rolls 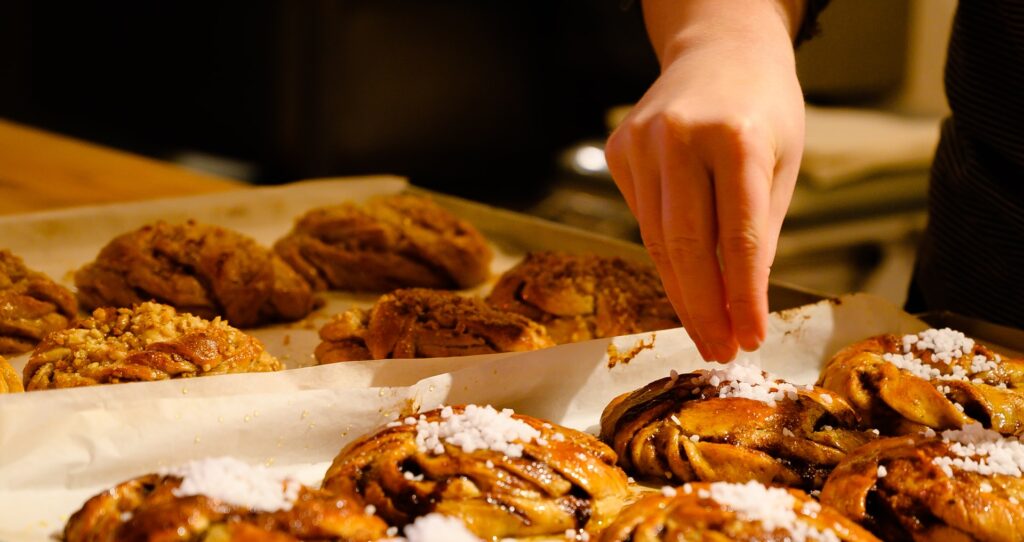 How To Make Cinnamon Rolls

The slight nip in the air and sunny afternoons call for something sweet to be relished. Here, gooey and fluffy cinnamon rolls topped with delicious cream can be an ideal treat for taste buds. Do you want to bake classic cinnamon rolls for your customers but don’t know how to? Well, we are here with an easy to follow recipe for traditional cinnamon rolls that will they will not get enough of.

What are cinnamon rolls?

For those who are new to this delicious world of the cinnamon roll, it is a sweet roll made up of a rolled sheet of dough that is sprinkled with sugar and cinnamon. It is served with a sweet and delicious milk cream that makes it a heavenly experience.

Cinnamon rolls came into existence in the year 1920 in Sweden but became popular only around the 1950s. They were originally served during the ‘Fika,’ which is a gathering that includes tea or coffee. Today, they are a popular dessert for breakfast, holidays, or for random sweet cravings all around the world.

How can you make cinnamon rolls at home?

How to make it:

The smell of handmade cinnamon rolls is enough to entice anyone. Whether you want to try your hand at it or your clients have requested you to make cinnamon rolls, this is the only recipe you need. Follow the steps carefully, and you will get delicious, soft, and heavenly cinnamon rolls each time!

Do you want more recipes? Let us know in the comments!